All Collections
How to Install Your Gear
How to update AXIS Gear's firmware?

How to update AXIS Gear's firmware?

The AXIS app regularly updates both the app’s software and the Gear’s internal firmware via the Google Play or iOS App stores to continually bring customers improved functionality and bug fixes.

Gear's firmware, which lives inside the Gear, is updated via an over-the-air (OTA) download and update which gains access from your mobile device. Updates are performed by using the AXIS mobile app in conjunction with a synced Gear.

It is important that both Gear and the AXIS app are updated regularly as our app, documentation, and customer support materials are all catered to the newest firmware builds.

When there is an available update, the app displays a notification.

On iOS, this is a large banner above the Gears dashboard screen. On Android, there is an "Update" badge directly beside the Gear. 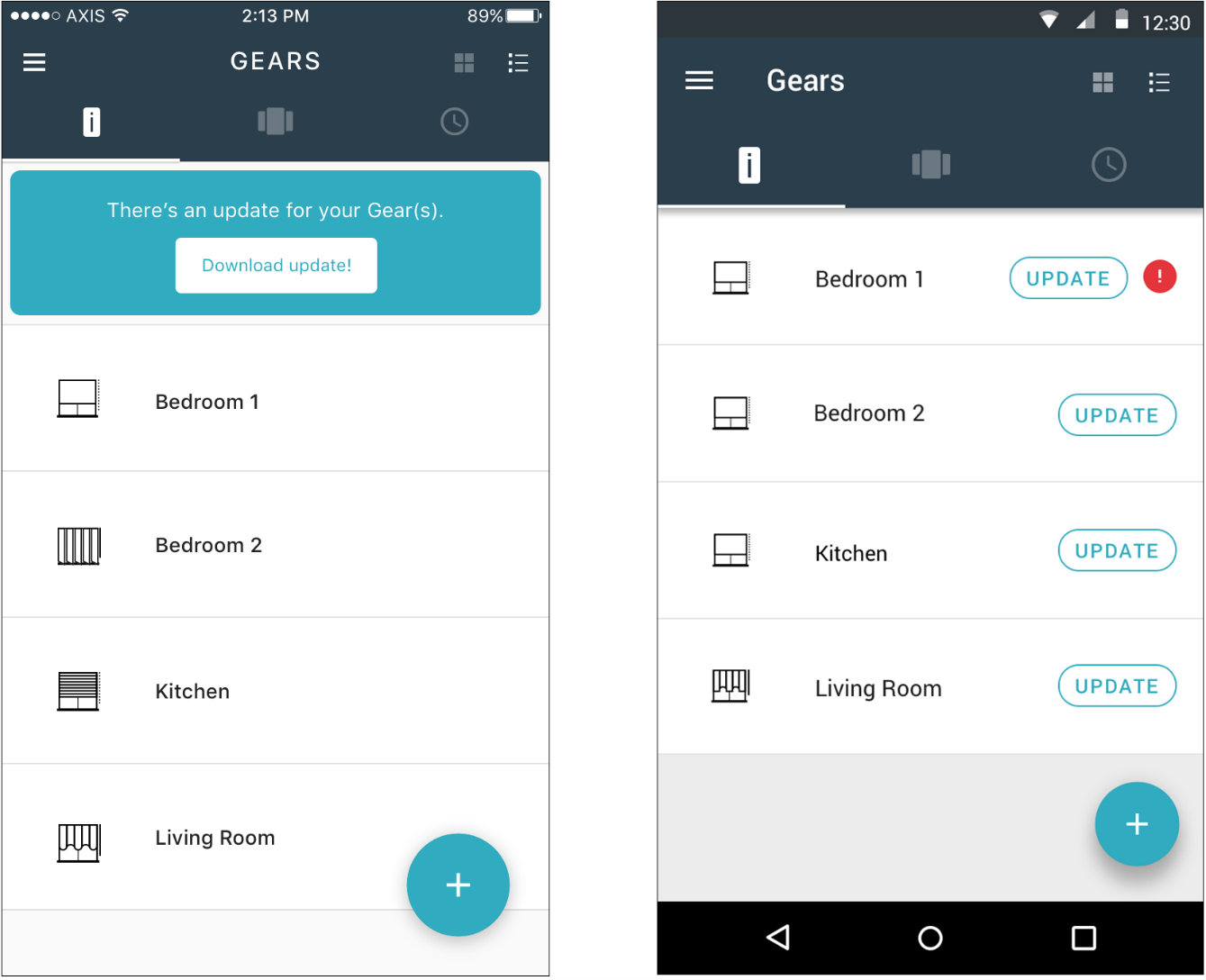 Firmware and app release notes are available to the public, and can be found at https://support.helloaxis.com/hc/en-us/sections/360000069408-News

The Gear Update screen initiates an OTA (Over-The-Air) file download. Once the download completes, proceed to the next screen. Start the update by pressing the "Update" button. Gear will not respond when an update is in process. During the update, all Touch Strip LEDs turn white. Once the update is complete, Gear turns off and the app displays a success message. At this point, manually power Gear on again.

An update can take up to 15 minutes to complete, though typically it takes 3-5 minutes.

If the update fails or gets stuck, hold either Set, Pair or Group. This causes the white LEDs to disappear. Then you can turn the Gear back on and attempt another update.